Sharing my hauls for this week:

Thank you sir Francis Ava! I used my second display case to display the 2-pack:

For my other hauls:

Thank you sir Jerome Collado for leading the Harry Potter group buy! Finally got my Bellatrix prisoner variant! Thank you Filbar’s Megamall for the PPG set and Demiguise. Finally found a SRP Demiguise! Only a few more HP exclusives until I complete the Harry Potter and Fantastic Beasts lines!!!

And finally, thank you Bully Boy Ph for the awesome looking glow-in-the-dark ringwraith!

Additionally, I also bought these cute minions and Agnes (plus Fluffy) from McDonald’s!

I didn’t have any posts last week because I was in a 1-week vacation trip in Japan with my family! 😀 The people in Japan were very polite, kind and respectful.

We stayed in Shinjuku, Tokyo. We also travelled to other places in Tokyo such as Akihabara, Shibuya, and Tama.

Of course, my first priority is to hunt for Funko Pops! ;D On our 2nd day, I went to the well-known toy shop that sells Funko Pops in Japan: Toy Sapiens!

This place is simply a heaven! I saw a lot of hard-to-find and exclusive pops at a good price. If only transporting them to Philippines isn’t a struggle, I would haul a lot! I went to this place twice because one haul is never enough at Toy Sapiens! xD

I also saw some Funkos in other stores such as Don Quijote:

and several stores in Akihabara:

(There are a LOT of life size groot pops here! 😦 I wanted one ever since it came out huhuhu) Here are my overall hauls from Japan! 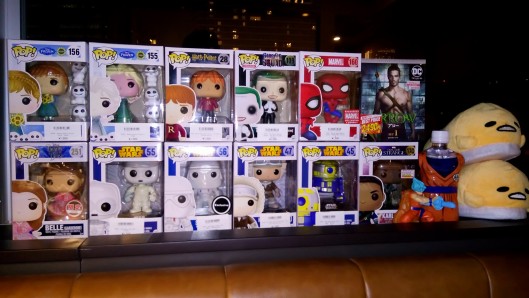 11 Funko Pops, Arrow S1 DVD (for my Green Arrow collection), Dragon Ball stuff, Gudetama slippers, and a lot of Gacha items (not in the picture). Some of you might be wondering if the price sticker from Toy Sapiens is easy to remove (especially for OC in-box collectors like me): 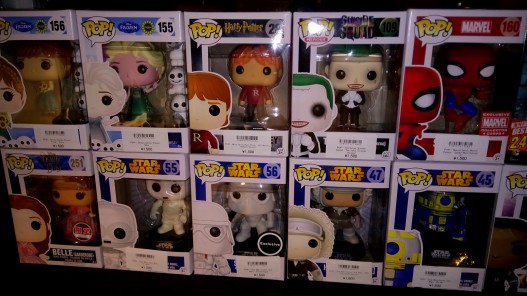 The answer is yes. It’s very easy to remove and it won’t damage the box. But in my case, I don’t want to remove the stickers on my pops. 🙂

Here are some other photos from our trip:

Favorite Food: CURRY! I loved their version of curry!

And, that is all. Have a nice day everyone!

Harry Potter! One of my main Funko Pop collections.

I’m still missing 5 exclusives from the Harry Potter line. As for the Fantastic Beasts line, I’m missing the regular Demiguise and 4 exclusives. Basically, I need 10 more pops. 😦 I’m still thinking about buying the 3-pack and 2-packs.

Fellow potterhead, I hear you want to start collecting Harry Potter pops. Fear not! I have a few tips for you! 😀

1.) Harry Potter has a LOT of variants/exclusives

9 to be exact. 10 if you are counting Harry riding the Hogwarts train. Some characters have around 2-3 variants. If you are going to collect one pop for each character, then it won’t be much of a problem for you. There are 25 characters for the Harry Potter line and 8 characters for Fantastic Beasts line.

For an oob (out of box) collector, a dementor army would look so good in your collection!

These SDCC (San Diego Comic Con) HP Pops were way cheaper when they were released last year. And they are starting to get more expensive. I regret not buying that SDCC Newt before! 😦

I really could use a Time Turner right now! 😦

*It should be noted that the 3-pack Cornish Pixie, Mandrake and Grindylow is the smallest pop in the set! 🙂

These 3-pack and 2-packs are EXACTLY the same as the regular ones. If you will be aiming for a complete Harry Potter Funko Pop collection, don’t forget getting these! 🙂 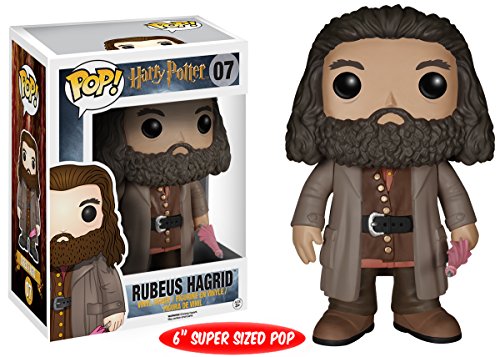 Hagrid. One of our favorite characters!

There are currently a total of 58 Harry Pops (including the 3-pack and 2-packs).

But guess what, there are upcoming releases for the Harry Potter line!

I absolutely love the Hogwarts Express set! These three parts can be assembled together:

It would look so good if you display it oob!

That’s basically it. Harry Potter is not a “suicide” line such as Star Wars and Disney, for example. In my opinion, the SDCC ones are the only hard-to-get Harry Potter pops so far. Better to start this collection now before they get vaulted. 😉

That is all. See ya! (Slytherin ftw)

*Other pictures taken from Google and Pop Price Guide 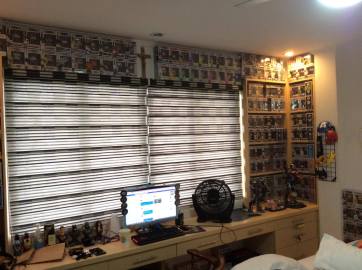 Same goes for my title idea. 😦

I just want to share my favorite haul for this week:

I LOVE the details. Especially, the logos of the apps on their shirts (e.g. Pied Piper and Aviato). I absolutely love this series! Especially since I have a background in programming so I can relate in most of the terms.

I just wish Bighead was part of the set. Hope he gets his Funko Pop version in the future!

Lastly, here’s my hauls for this week:

Thanks to Bully Boy Collectibles and Filbar’s Megamall! (Oh, and thanks SM Megamall Grocery for my Black Label! :)) Kampai!)

Love the series! I think this series will definitely have their own pop version. 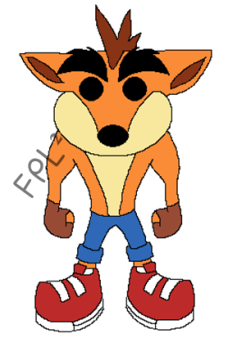 Made this using MS paint. xD

Been wanting a Crash Bandicoot pop ever since I started collecting. My favorite childhood game. Really hope Funko sees this! Hahaha.

Can’t wait for Civil War 2!!! Thanos is gonna be badass!

Here are the Funko Pops of Avengers: Age of Ultron from my collection:

When collecting this set, there are a few things you must know. 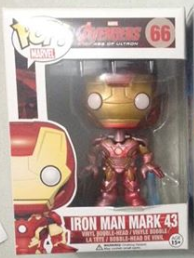 The paint job fades to pink. Unlike the Iron Man Mark 43 (Age 3+), the paint job is good and does not fade. 🙂 I heard that the Unmasked Iron Man pop has the same problem. I have the age 15+ version, although it’s not (yet?) fading. 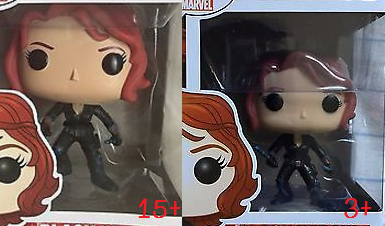 You can still order this box when you order a newly released box from them. Although, there are still a lot of people selling it for a cheap price (without the other contents from the box).

My favorite pop from this set is the Hulkbuster pop. It’s so awesome, detailed and heavy!

Who is this famous TV series character who loves Eggos so much? Yep. That’s right. It’s El or Eleven. And, from what TV series did she came from? Stranger Things!

An original Netflix series that was released last August 31, 2016. This popular science fiction-horror TV series got their Funko Pop version recently. I still haven’t finished the set and still needed some exclusives:

That’s all for today, have a great day everyone! 🙂 *smiles*

FPL²
Create a free website or blog at WordPress.com.