Yes. Chases! A chase Funko Pop is an alternative version of its original version. It is the same character, but is slightly different from the original. It also comes with a chase sticker.

The chase version of the Duck Dodgers pop is metallic.

The chase version of the Stimpy pop is spotted.

The chase version of the Him pop is glow-in-the-dark.

The chase version of the Taz pop is grinning.

The chase version of the Remy pop is flocked.

In my opinion, not all the chase versions are better than the original. Like for example, I prefer the Demogorgon (Stranger Things) original pop than the chase.

But then again, for some of us collectors, especially those who collect only one or few lines, we want to get everything to have a complete set. To get the taste of that rewarding feeling. 😀

In my collection, I currently have 4 chases. Here they are: 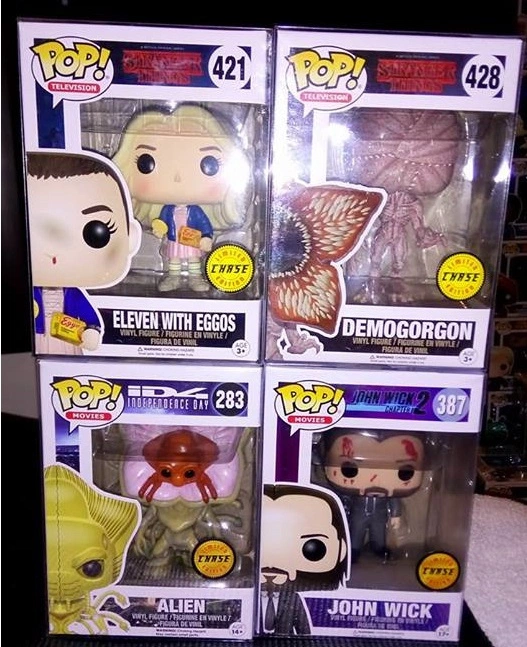 My first chase is Eleven from Stranger Things. Got it at a friendly price from Filbar’s Megamall. Same with Demogorgon and John Wick. My most recent chase is the Alien from Independence Day 4. Which I bought from my cousin today. (Shoutout to Rap Caintic!)

For me, collecting chases is kinda like collecting jewelry. It’s expensive and it’s hard-to-get yet it’s so rewarding getting one. Hope to get more chases in the future! 🙂

P.S. This year, Funko’s planning to release a lot of chases. ;-; 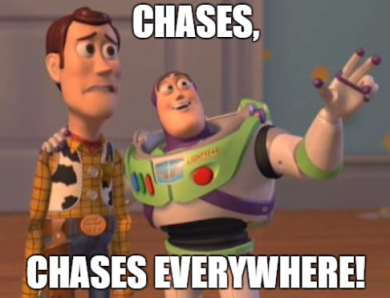 Orange is the New Black. One of the best TV series I’ve ever watched. This TV series has become Netflix’s best-watched original series. And guess what? They have their own Funko Pop version too! ;D Here’s a picture of the complete set from my collection: 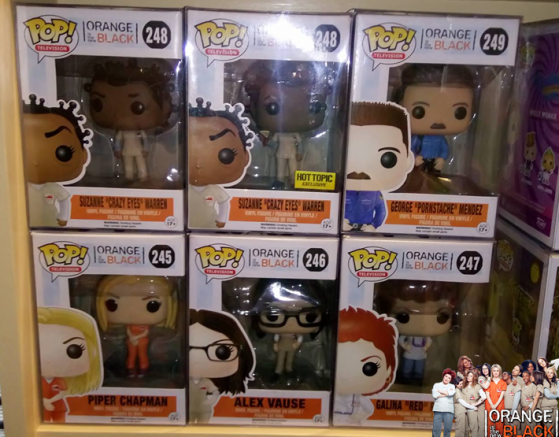 Suzanne “Crazy Eyes” Warren (Played by Uzo Aduba – who won multiple awards in the show, by the way) is my favorite character in this series. I’m so glad they included her in the set. She even has a Hot Topic version. (Yeah, a more expensive one lol) The Crazy Eyes Hot Topic version is holding the pie *spoiler* she tossed at Alex Vause, who was apparently “bothering” Piper Chapman (who she believes is her prison wife).

That’s it. Same design and everything. She’s just holding the pie. And it’s worth a few more bucks than the original. Hahaha. But for the sake of a complete set, I bought it anyways. There’s no regrets since the Hot Topic version is very hard to find these days. Even the regulars are hard to find! (At least in our country anyways) I guess I was very lucky to dibs on the Hot Topic version a few minutes after the seller posted in the Funko Buy/Sell/Trade group! Hehe.

That’s it for today. Have a nice day guys! 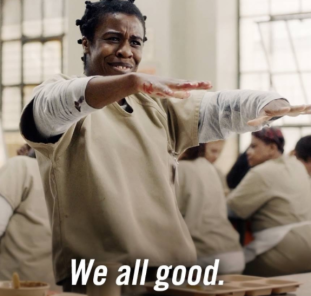 Familiar with the blog title? Yeah, that’s right. FRIENDS! One of the best TV sitcoms out there! And yes, that’s right, they have their own pop version! Here’s a picture from my collection: 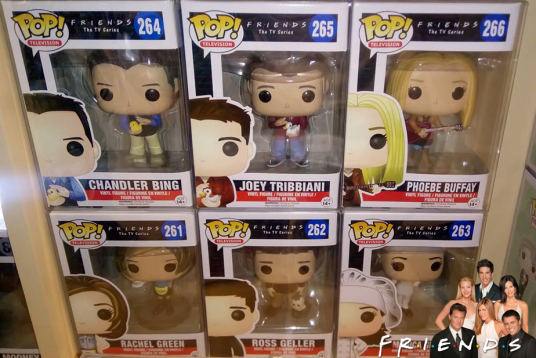 They were released last 2015 and sold at SRP (10$). They were recently vaulted, thus their price went up. According to PPG as of today, their current price is around $20 each. (In just 2 years!) I absolutely love this set! I’m so glad I bought them early too. I just wish Janice had her own pop version too! 😦 (I mean, seriously, why doesn’t she have one?!)

Get yours now before the price goes up again! (It probably will ;D) 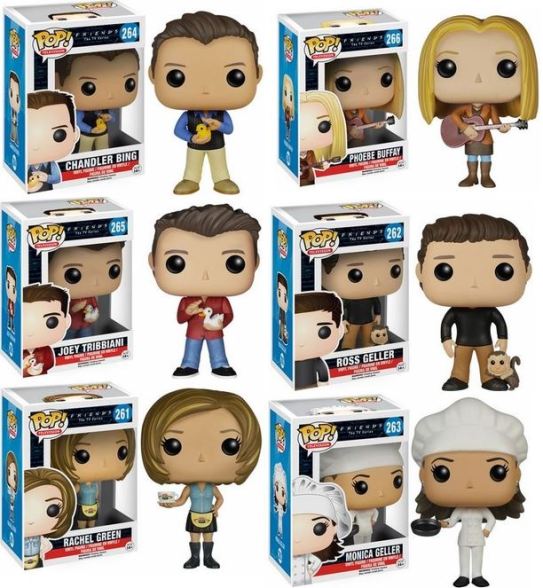 Hi guys! I just wanted to share my Green Arrow collection. The coolest hero by the way! ;D Haha. 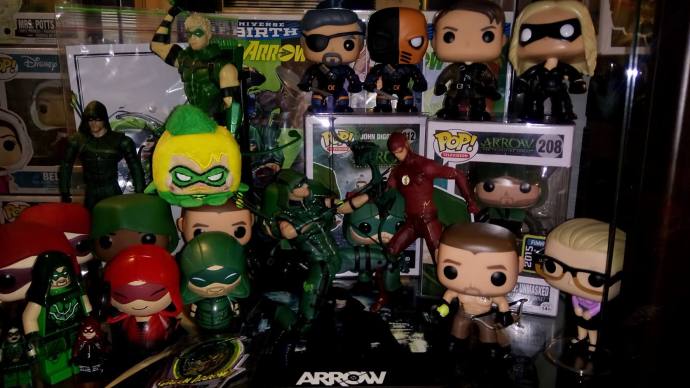 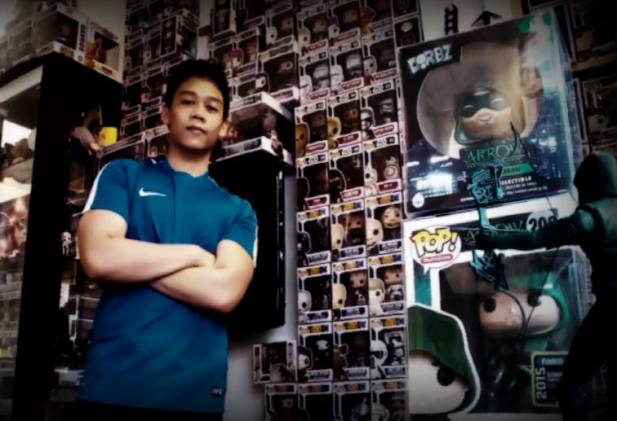 Welcome to my blog! Hi there! I’m Jop Copiaco and this blog is about my favorite hobby: collecting toys. My main collection are Funko Pops. Years ago I saw an ad of Mickey Mouse in his Funko Pop version. I loved its design, but I didn’t have much budget back then to afford one. I started collecting them back in December 2015. 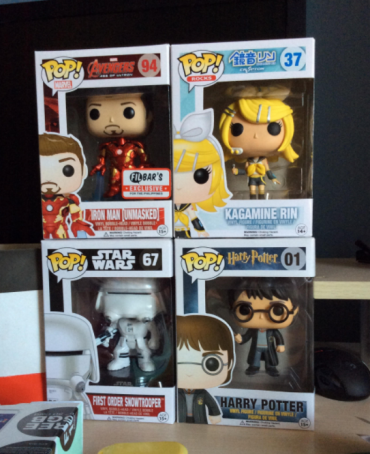 These are my first funko pops. My first pop is the First Order Snowtrooper from Star Wars. Followed by Harry Potter, Iron Man, and Rin Kagamine, respectively. You know what’s great about them? Their scope and design. Almost all the movies or TV series that you like watching has its Funko Pop version. Even the games that you enjoy playing such as League of Legends and Overwatch, for example. Their design is cute, cool and very detailed, especially the new ones. As of today (May 1, 2017), my current pop count is: 535. My main line is Star Wars, Harry Potter, Disney, Green Arrow and some TV Series. But, I also collect everything else that I like (e.g. DC/Marvel, games, movies, etc). From time to time, I will be posting some parts of my collection and my recent hauls. 🙂 Hope you enjoy my blog!

P.S. In case you are wondering why my blog name is Funko Pop Linked List, linked list is a programming term:

“a linked list is a linear collection of data elements, called nodes, each pointing to the next node by means of a pointer. It is a data structure consisting of a group of nodes which together represent a sequence. Under the simplest form, each node is composed of data and a reference (in other words, a link) to the next node in the sequence. This structure allows for efficient insertion or removal of elements from any position in the sequence during iteration.” (Wikipedia)

It is not like an array wherein the limit is fixed. To put it simply, it is a never-ending collection. There is no limit; forever adding a new pop to my collection. Hahaha! 😀